My take: Android vs. iOS

After using iOS for the past 10 years, I've finally jumped ship and have been using Android for 2 months now. I'm still discovering new things and having fun with it.

How Android is better than iOS

1. I find that Hey Google is way better than Hey Siri. It's much more more intuitive and you'll get more things done with Hey Google.

2. I like it so much how I can customise how my screen looks like in my Android phone. It uses Nova Launcher where I can pack all apps that I frequently use into the home screen–all 47 of them. I do the same with my iPhone too but it can only fit 28 in the home screen.

3. I also like how I can remove the app names from the apps in my home screen. It looks much better visually and I recognise them by their app icons anyway. I do this via Nova Launcher and here is how it looks like, all 47 apps: 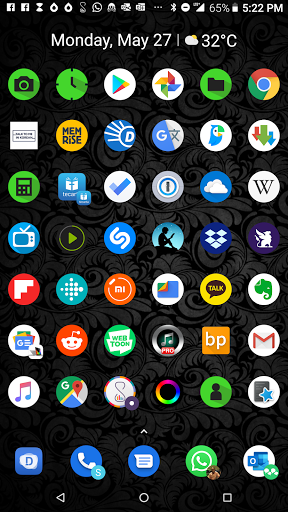 In comparison, I had this old picture posted in 2016 on how my iPhone looked like back then, all my screens. I've cropped out the bottom 4 apps that stays on every screen though. Yea, I sorted them all by colours. I suppose I'm quite a visual person and I found apps much easier this way: 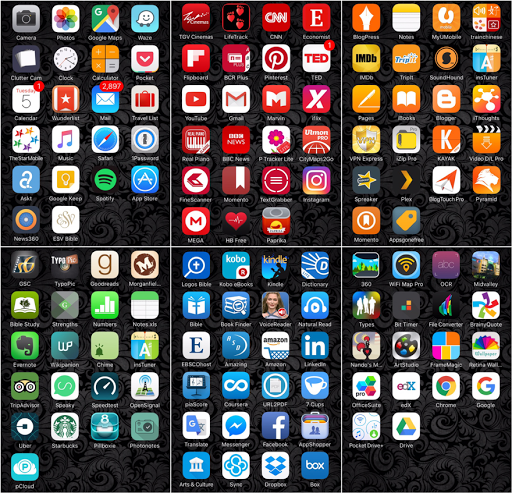 4. It is much easier to find what you need in Android's Settings. When I'm in iOS, I always find myself trying to think and remember where the item is situated. Locations? Privacy? General? Where on earth? And I will be poking here and there until I find what I want if at all. In Android, I can simply just perform a search and find it in no time.

5. I use the Android back button a lot. And it works seamlessly in and between apps. In my iPhone, I'd have to double click the home button, scroll to the app before to get back to where I was before. In Android, it's just a back button away and I'd get back to the previous app immediately.

6. This is more the phone than the operating system, but I can add memory to my Android phone now. The Razer Phone 2 has a pathetic 64G internal memory and so I bought and installed a 128G SD card in it as external memory. With the iPhone memory, what you buy is what you get.

How iOS is better than Android

1. I must say that the keyboard in the iPhone is much better than the one in Android when it comes to selecting text, hovering over text to position the cursor and using the spacebar to move the cursor. But Android is quite accurate when you tap where you need the cursor to be and you can move the cursor with your finger which you can't do it as easily in the iPhone.

2. The one feature I miss most is the ability to shake to undo and redo in the iPhone. How I wish it's the same in Android. I once accidentally deleted a whole line of text. I never got it back and I couldn't remember what it was to type it back.

3. I like the iPhone's ability to return to the top of the screen by just tapping the top. In Android, I'd be furiously swiping it up to get back to the top.

4. As much I used to hate having badges on my apps in the iPhone with the number of items pending, I got used to it and it didn't bother me anymore. I soon found it useful to see whether my attention was needed. When I started to use my Android phone, I began to miss that. I didn't know what needed my attention. But now, I use Notifications a lot more. I don't remember using it much in my iOS days. But there is the Notification Dot in Android, without the number though.

5. I prefer the management of pages in Safari where I can move them front and back. It cannot be done in Chrome. I suppose I should go find another internet browser app.

1. If you have purchased apps in iOS, you will now need to repurchase them in Android, if you still need them that is. I did buy quite a number of apps in iOS but when in Android, I've only repurchased 3 of them. Not too bad. But not cheap though.

2. Some apps are only available in iOS. I once read that developers prefer to create apps in iOS compared to Android and so you might not get what you want in Android. I tried to look for alternatives in Google Play and so far so good. I got what I needed and what I couldn't I've ungrown myself out of it.

3. The only casualty I had was my WhatsApp texts. I couldn't figure it out initially and couldn't transfer any of my text over. Had I known earlier, I would have at least save the important ones on the cloud.

That's just my take anyway and with Android I think it also depends a lot on the phone model and not just the operating system.

You may have other items on top of what I've listed above. Please leave a comment below or in Facebook. I'd love to hear from you!