Human and androids - being relational 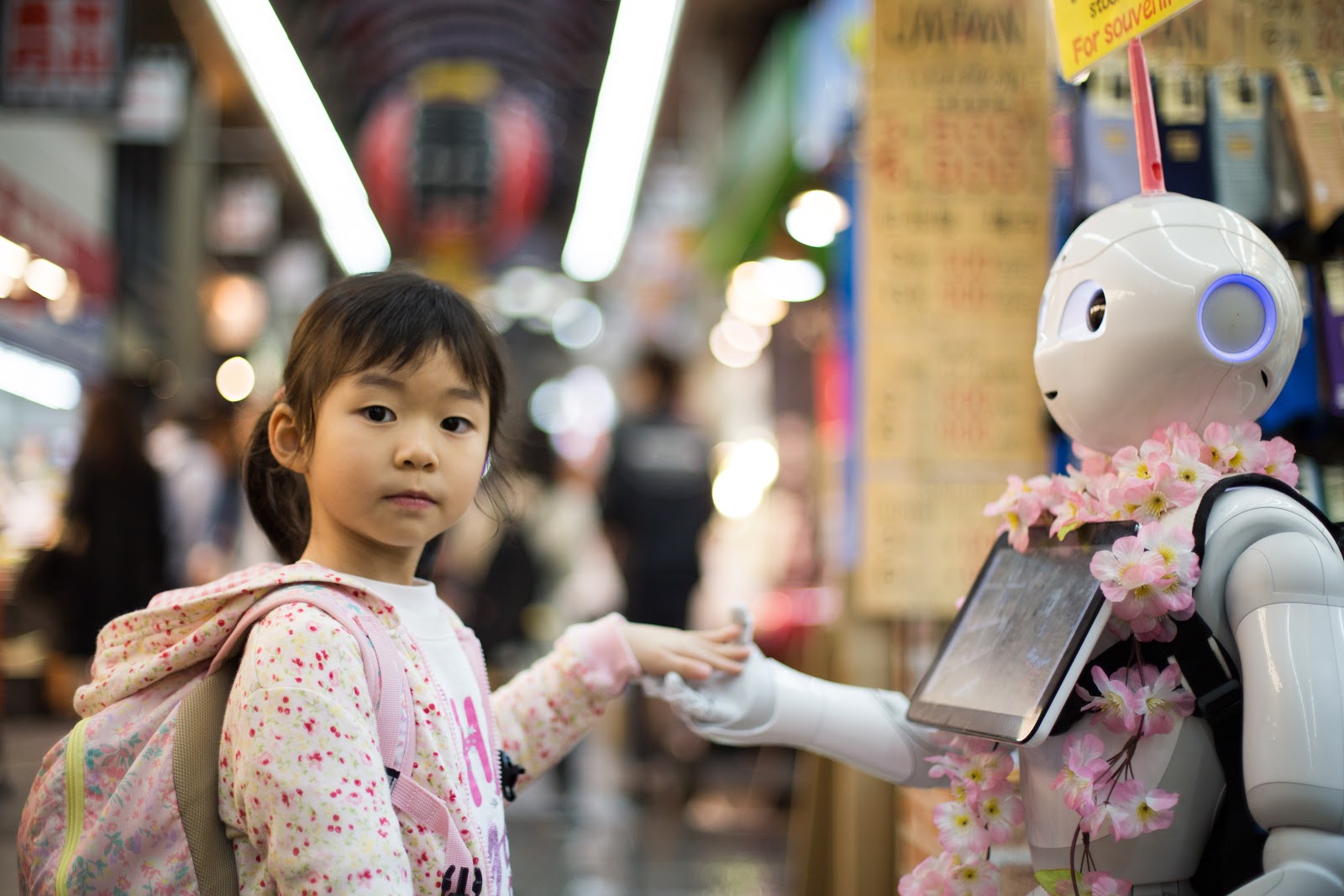 I am watching a show on robots and androids. It deals with human emotions, about giving and taking, about expectations.
And with that I do begin to wonder how would human and androids exist together in the future?
My good friend refuses to watch shows with androids. I haven't asked her why but I'm sure she would say that it is meaningless for a human to form relationships with a machine. And any happy endings to such dramas would be unrealistic.
I know it's still something very distant in future but I do wonder how will human and androids when they exist together relate to each other.
I do sometimes talk to my car. I know. Weird. But then I'd use it and then park it in the driveway. Forgotten.
Say if I have an android-housekeeper, I'd obviously talk to it but would I then just switch it off when work is done?
The closest we have now to an android is the smartphone. I speak to my phone to get it to do things but it's still a phone.
But what about an android with a face and a smile?
pearlie
Technology