I went to watch Phantom of the Opera!

Melissa and I went to watch Phantom of the Opera today.
It was extremely well done. 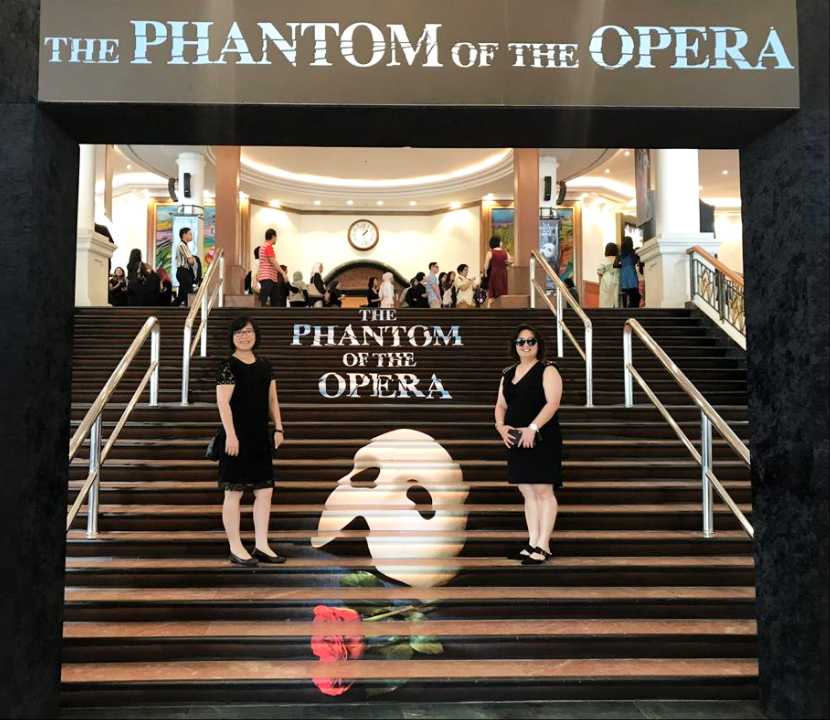 People were lining up to take pictures at the entrance and since we were early, we got in line as well. 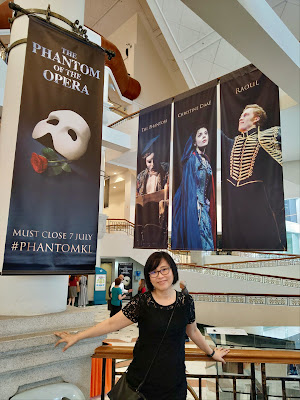 I googled "what to know before watching Phantom of the Opera" and what most people said was, "nothing! Just enjoy it fresh. And the plot is not complicated anyway." And that was what I did. I did not read any synopsis and did not even find out anything about the characters. It was only here that I see ah, there are three main characters: The Phantom, Christine Daae, and Raoul. 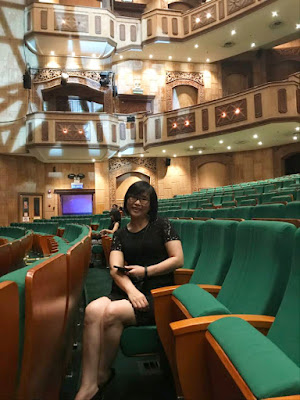 We were not allowed to take any pictures during the play and so we took some before, during intermission and after. 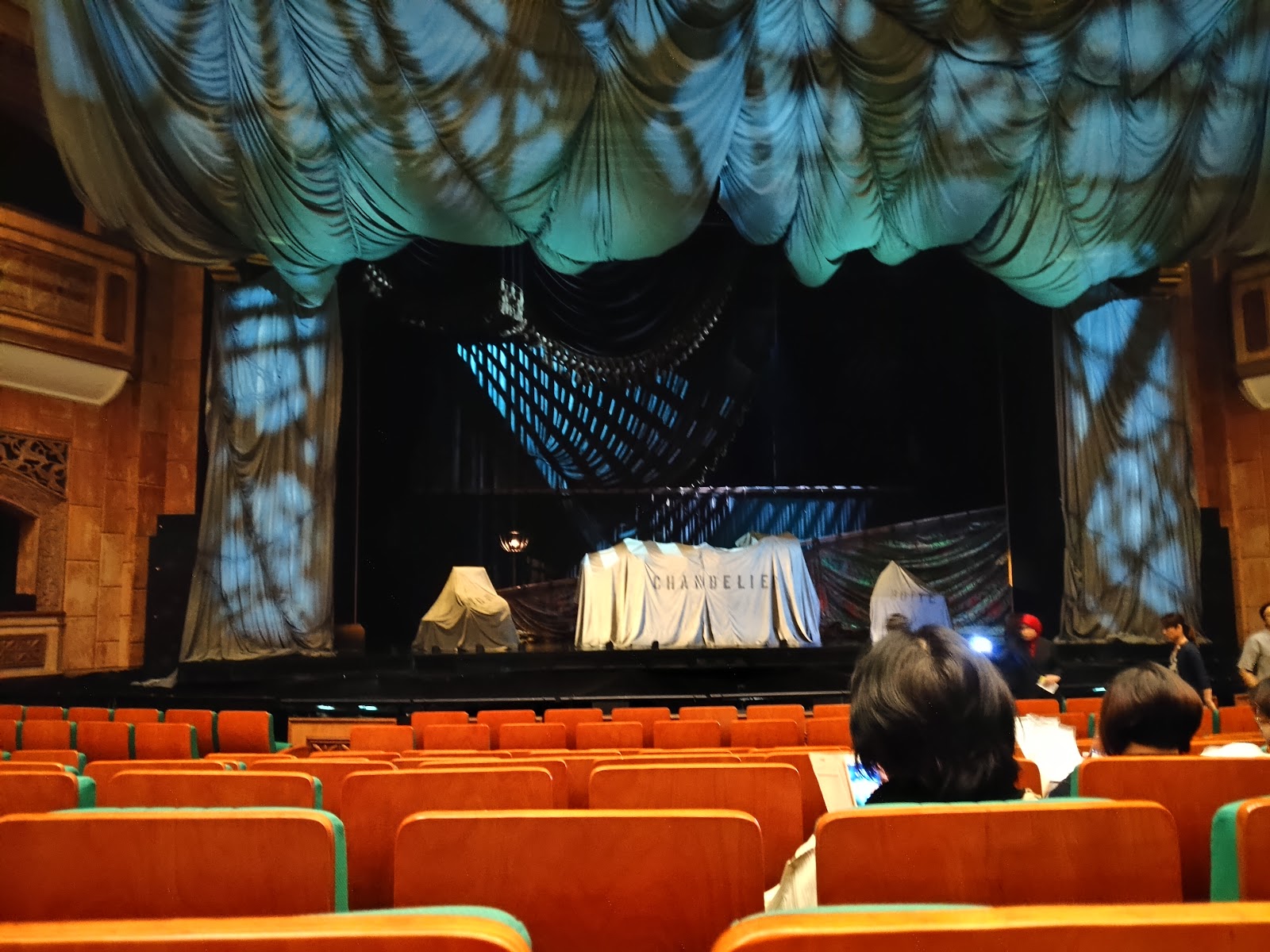 We were early. By the time it started, the front seats were all filled. The back seats were sparsely occupied. Here is the first scene of the Opera de Paris, where old theatre items are to be auctioned. The huge iconic chandelier is the middle piece on stage. 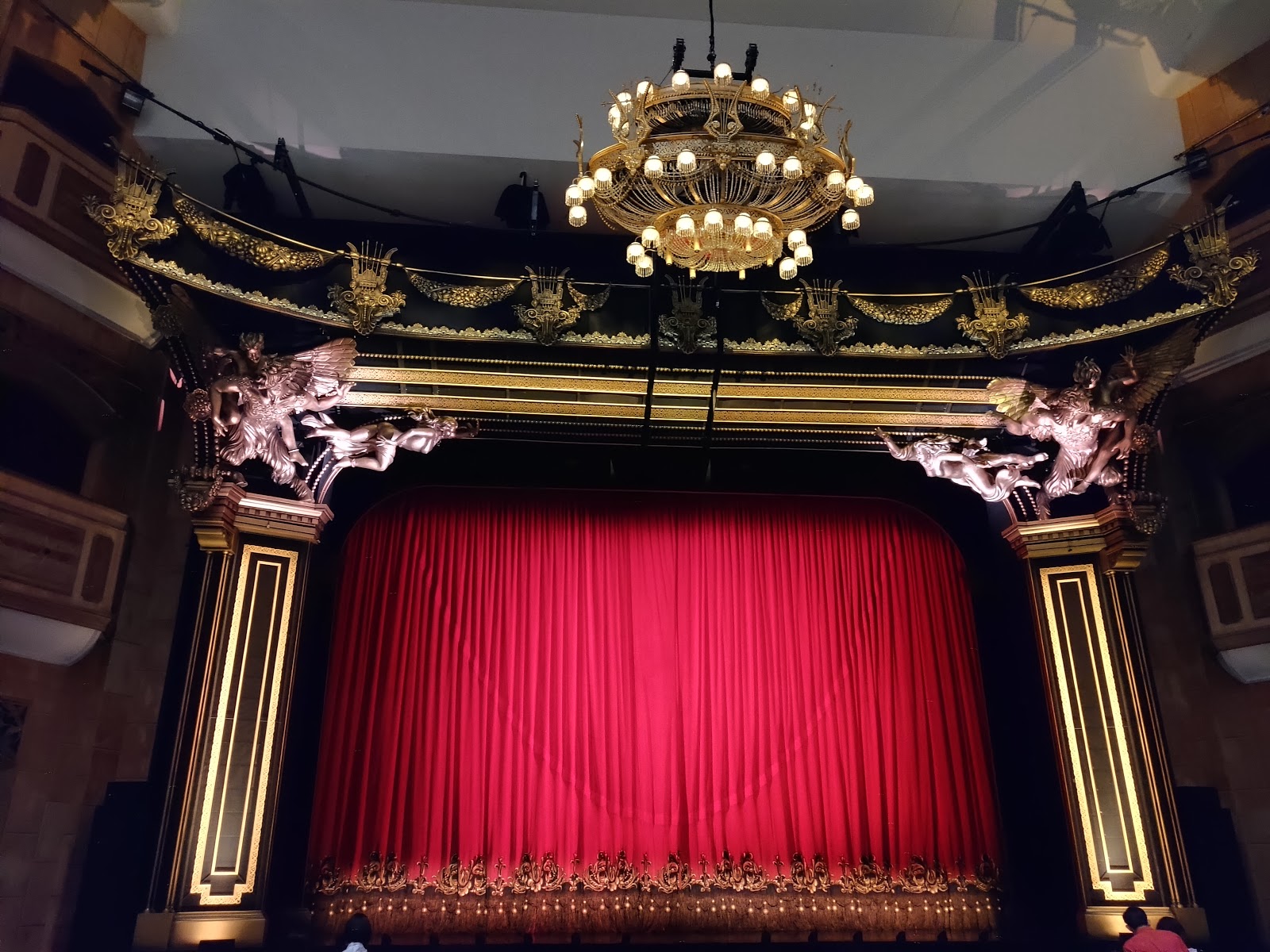 This was intermission. And the chandelier was lifted high onto the ceiling. The production and sets of the play was very well done, meticulous and very realistic.

The curtain call. It was a great show.
And I must mentioned that the tenor, Jonathan Roxmouth who played the part of The Phantom was very good. I was all enthralled and mesmerised when he sang The Music of the Night.
And in his last scene was so moving I bet many teared. I almost did.  Well, a little.
I found this YouTube video of him singing the same song in a recital, not a play. But it was just as good. Though here I don't quite like his breathing which I didn't notice in the play.
But his control. Impeccable. His interpretation. Spot on.
I could listen and watch him over and over again.
pearlie
at July 07, 2019