My dad is a Cantonese and my mom a Teochew. And I grew up speaking English and Cantonese at home. I don't know any Teochew though.

I drove them out for lunch today and we began talking about singing in Mandarin and Cantonese whilst we listen to Taiwanese singing in Cantonese and Koreans in Mandarin.

The Chinese languages and dialects are all tonal languages and would you believe that Cantonese has 9 tones, 6 common tones with an additional 3?

I figured out what the 6 are but still have no idea what the other 3 stand for.

And here is an interesting article, aptly titled Nine Tones of Hell, that says, "There are some Cantonese tones that only dogs can hear." 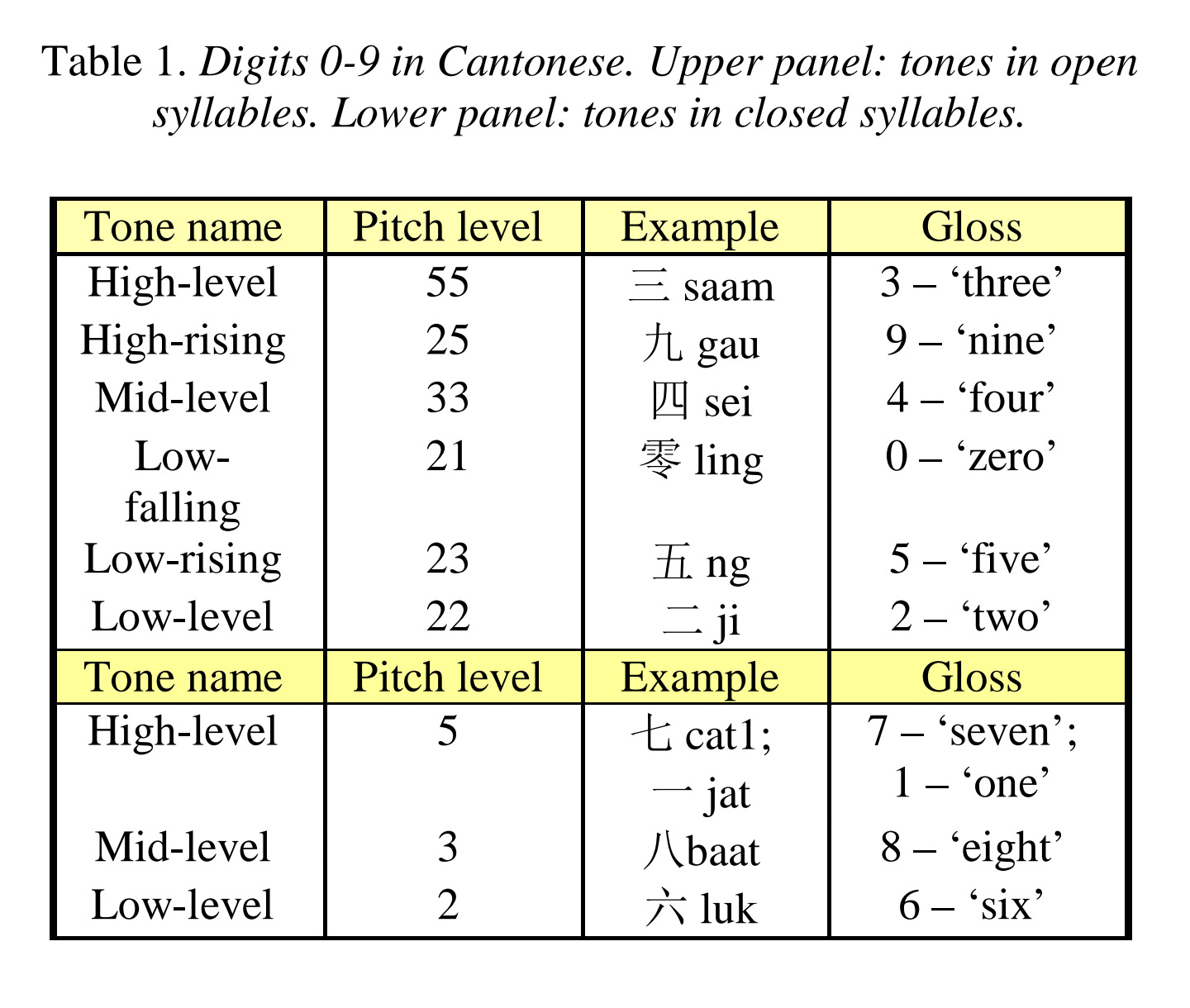 But it may be difficult to remember the sequence by numbers. And so here's another way with more memorable sentences, but only the first 6 tones. Pick which works for you, I pick number 2.

There are claims that tone language speakers have an enhanced perception in musical pitch. They say that we are better in telling apart pitches that are close together. I'm not sure if that is true because I do know someone who speaks Mandarin and Cantonese and probably a couple more dialects but when she sings, she couldn't quite hold her pitch.

But back to those songs we were listening to in the car, which we couldn't entirely understand what was sung, I notice it's not so much the tone that's the problem, since they are already being "sung in tones". Chinese and especially Cantonese songs must to be composed in their tones for them to sound natural.

The problem is more the consonants.

But that's another crazy complicated thing.