August 09, 2019
I posted last week about a book that I began reading and it is an absolutely excellent read thus far. 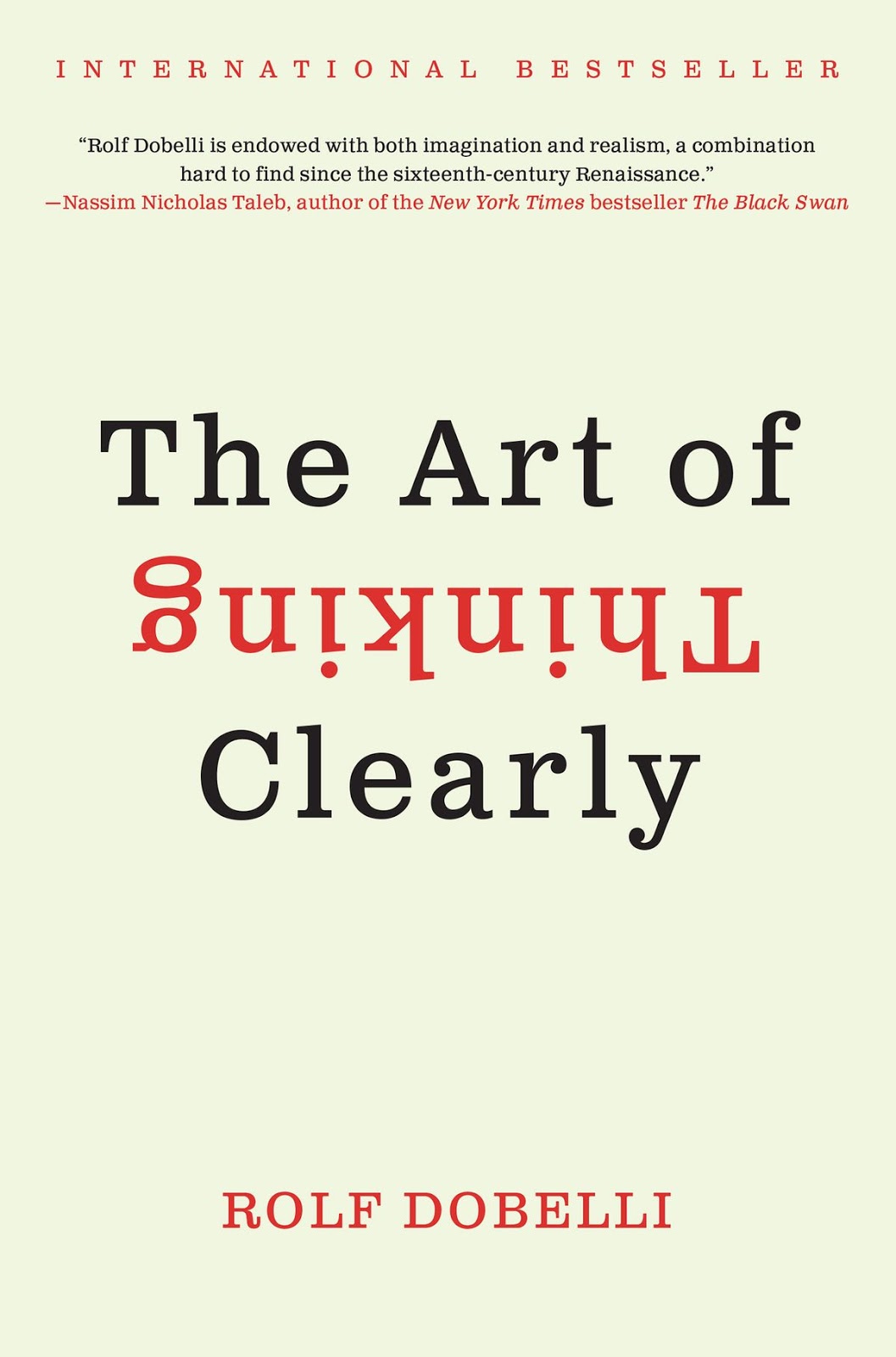 The Art of Thinking Clearly
by Rolf Dobeli
I got my colleague to also get a copy (as of today it is still selling at $1.99) and we have been talking and discussing about what we read and what had intrigued and even amused us.
Rolf Dobelli is a witty fella and we were both caught laughing so loud in the office today, when we exchanged notes and talked about his expressions and explanation.
Especially his section on Social Comparison Bias, which he explains is "the tendency to withhold assistance to people who might outdo you, even if you look like a fool in the long run."
And he quoted Guy Kawasaki who "says: 'A-players hire people even better than themselves. It’s clear, though, that B-players hire C-players so they can feel superior to them, and C-players hire D-players. If you start hiring B-players, expect what Steve [Jobs] called ‘the bozo explosion’ to happen in your organization.' In other words, start hiring B-players and you end up with Z-players. Recommendation: Hire people who are better than you, otherwise you soon preside over a pack of underdogs."
This really had both of us in fits of laughter today. It's so funny but sadly it's so true.
And I really like it when he ends the section with, "Admittedly, in the short term, the preponderance of stars can endanger your status, but in the long run, you can only profit from their contributions. Others will overtake you at some stage anyway. Until then, you should get in the up-and-comers’ good books—and learn from them."
Go get the book already. It's definitely worth a read.
pearlie
Books Reading Work