It is my usual year-end break where I would usually take the week off from Christmas till the New Year. And I would just stay home and have my own me-time hanging round town but this time my hubby kept encouraging me to travel.
I was reluctant but on quite a last minute and impromptu decision, I bought tickets to Seoul!
However, I became quite stressed out and frustrated about it. For one, everyone except my husband was so worried that I'm going to Seoul in winter.
I spent quite a lot of time researching for the trip since I will be going solo but soon I have to force myself to stop doing that because I was really getting too stressed out. I remember reading someone who said, just book the tickets and the accommodations and that's it. Don't do anything else!
So finally, today is the day and I'm flying off to Incheon at 7:15 in the morning.
Here I am in the plane and it does look like I'm the only one flying! But not at all. I was amongst the first ones to get on board and the plane was almost in full capacity. 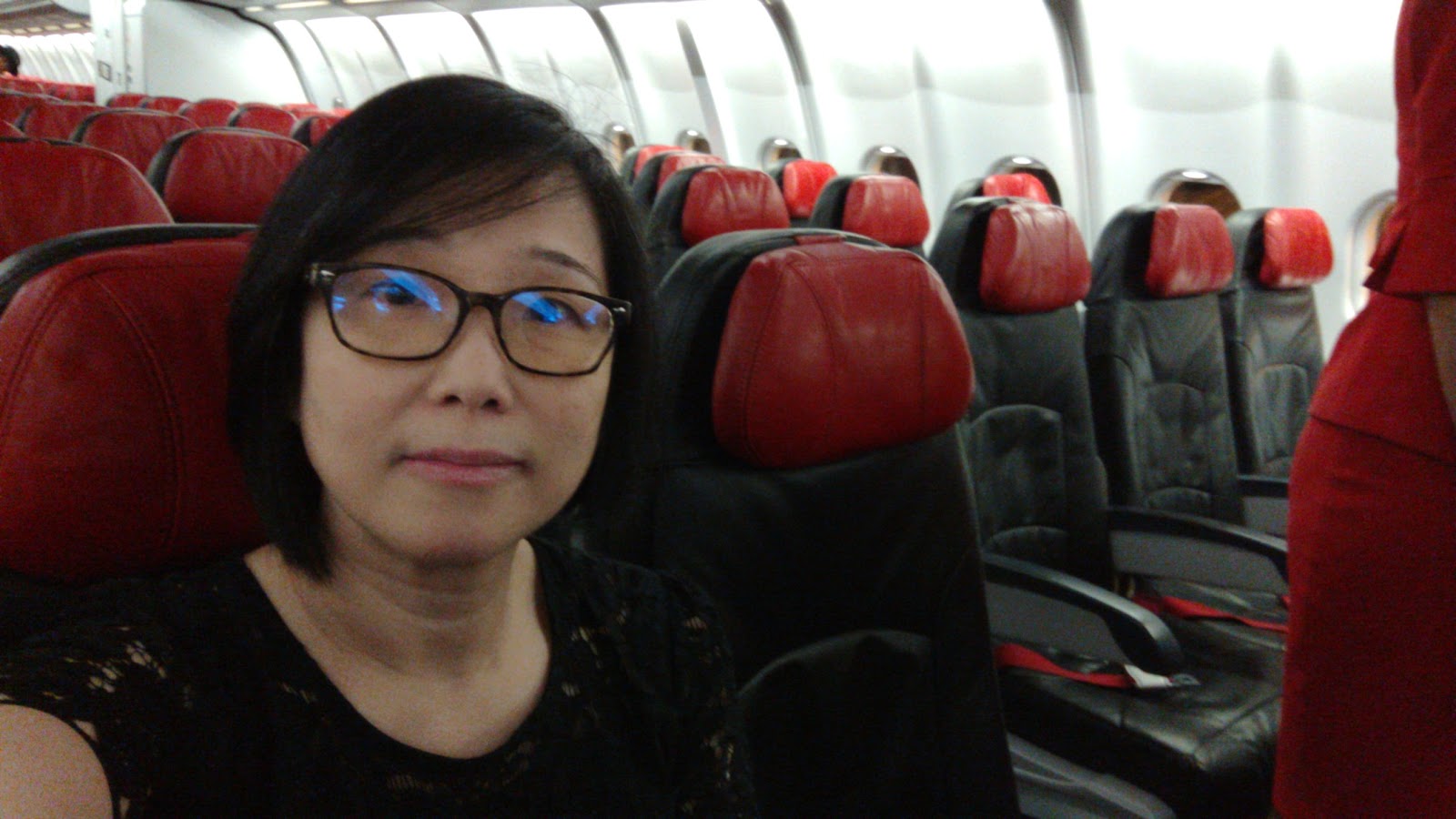 It was a good uneventful flight though there was an instance of turbulance but all is good. I even managed to catch a few winks, which was unexpected, but I have been up since 3am.
Upon arrival, my Korean friend 형래 Heongrae and his girlfriend 완용 Wanyong came to the airport to pick me up. They even put up a sign with my name both in English and Chinese! But since I wasn't expecting it, I missed it. Aww...
We called each other on the phone and it was so great to finally meet them.
I have known 형래 since we connected via the language app italki one and a half years ago. And we have been chatting and texting about ordinary things in life and work since then, him practicing his English and me in my very basic Korean.
It good to finally meet up.
They drove me to my accomodations at Seoul Cube Ewha (이화 pronounced as ee-hwa). I booked this place via AirBnb. I chose it because I was advised to get a place in central city along subway Line 2 so that it will be convenient to get to anywhere in Seoul. 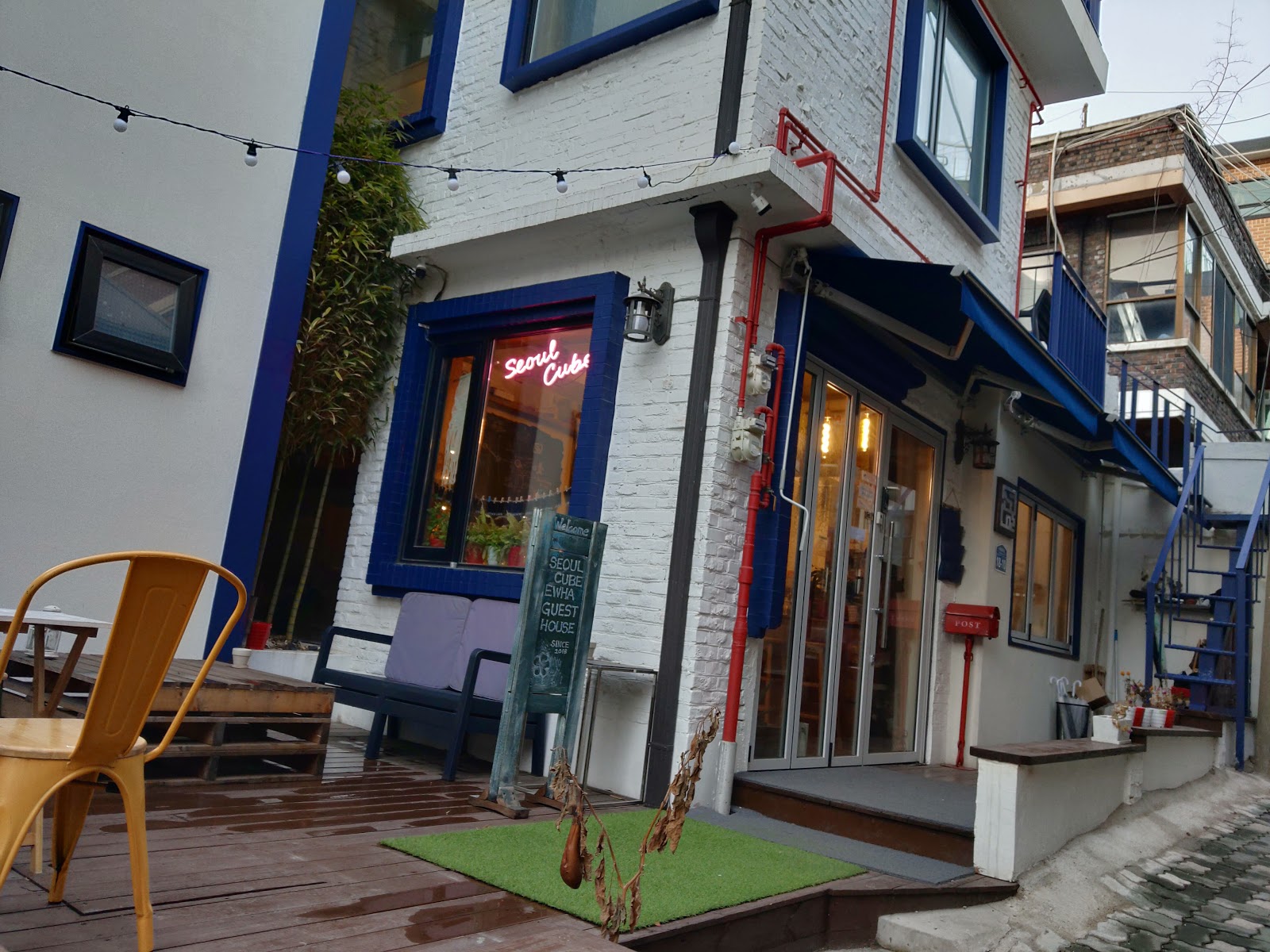 It's a very nice place and very near the subway station and bus station. You'd notice that the photo is a bit slanted. You'd need to know that Korea is quite a hilly country and it has very little flatlands. And it's not surprising that you'd have to walk up and roads roads in Seoul.
Anyway, this a female hostel with capsules as rooms. Very basic and simple but with ample amenities. If you stay here, you won't need to bring your slippers, towels unless you need a big bathing towel which you don't, hair dryer, soap, shampoo or even facial cleansers or hair serum!
After checking in and dumping my luggage in the hostel, we went to Lotte Tower. And here we are waiting for a table in 원 할머니 보쌈 Won Halmeoni Bossam. 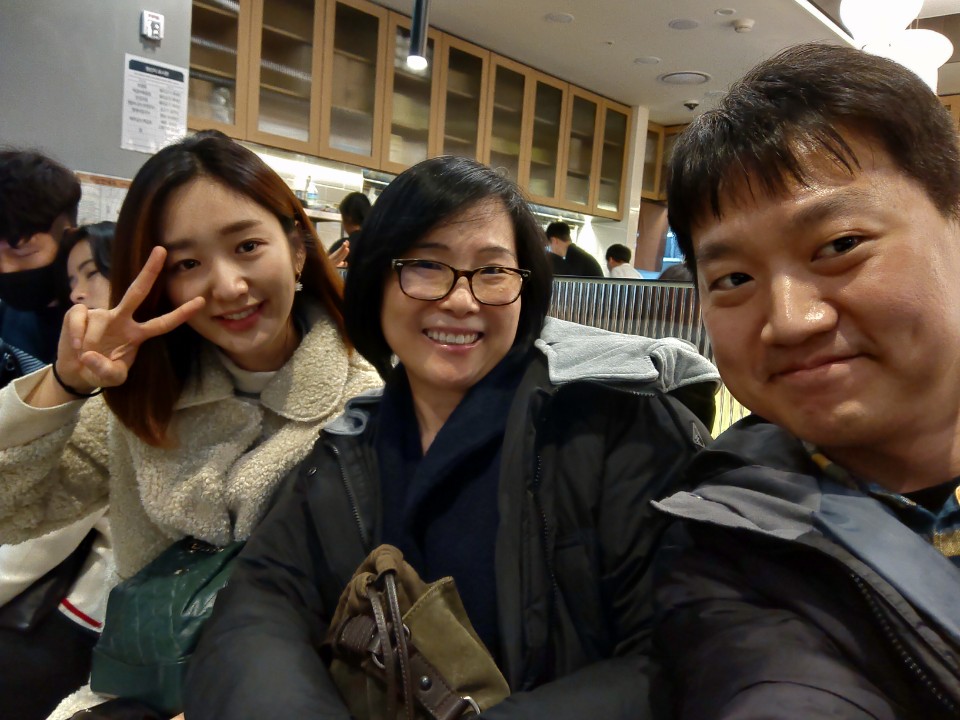 We finally got seated and we ordered Noodle Bibimbap... 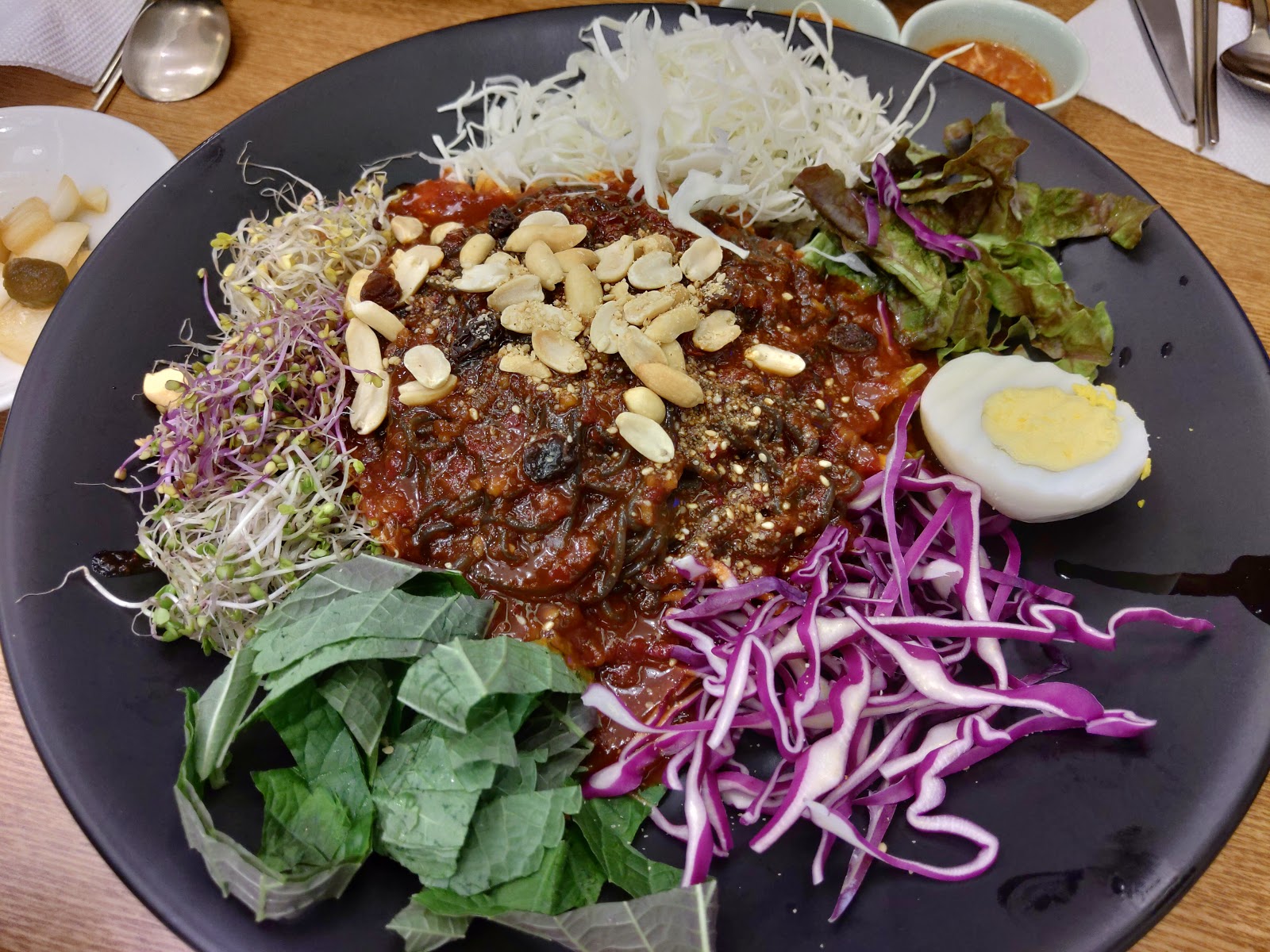 ...and Bossam, pork belly boiled in herbs and thinly sliced served with lettuce and kimchi. 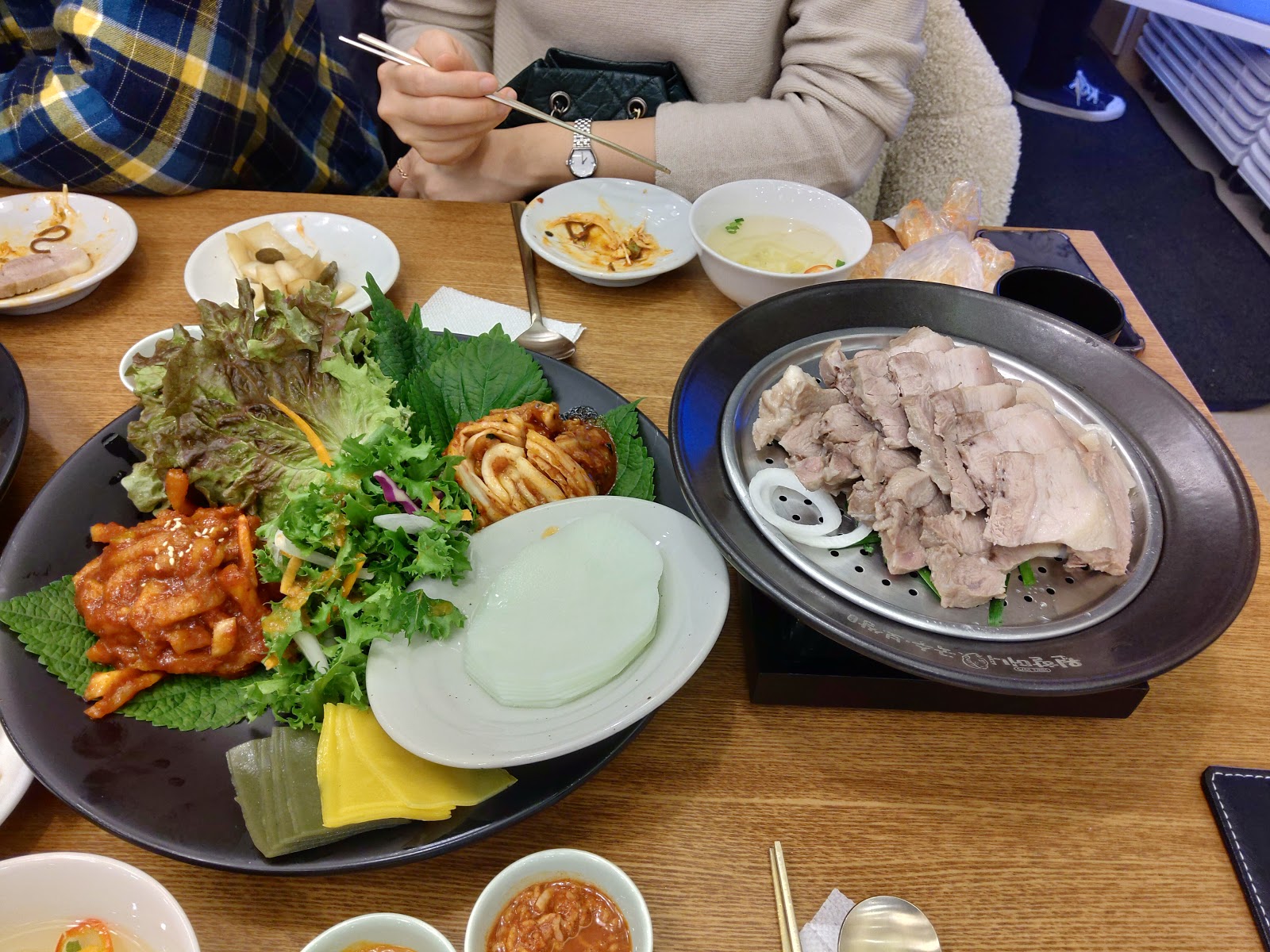 Here they are 형래 and 완용. Aren't they a lovely couple? And isn't she so pretty? 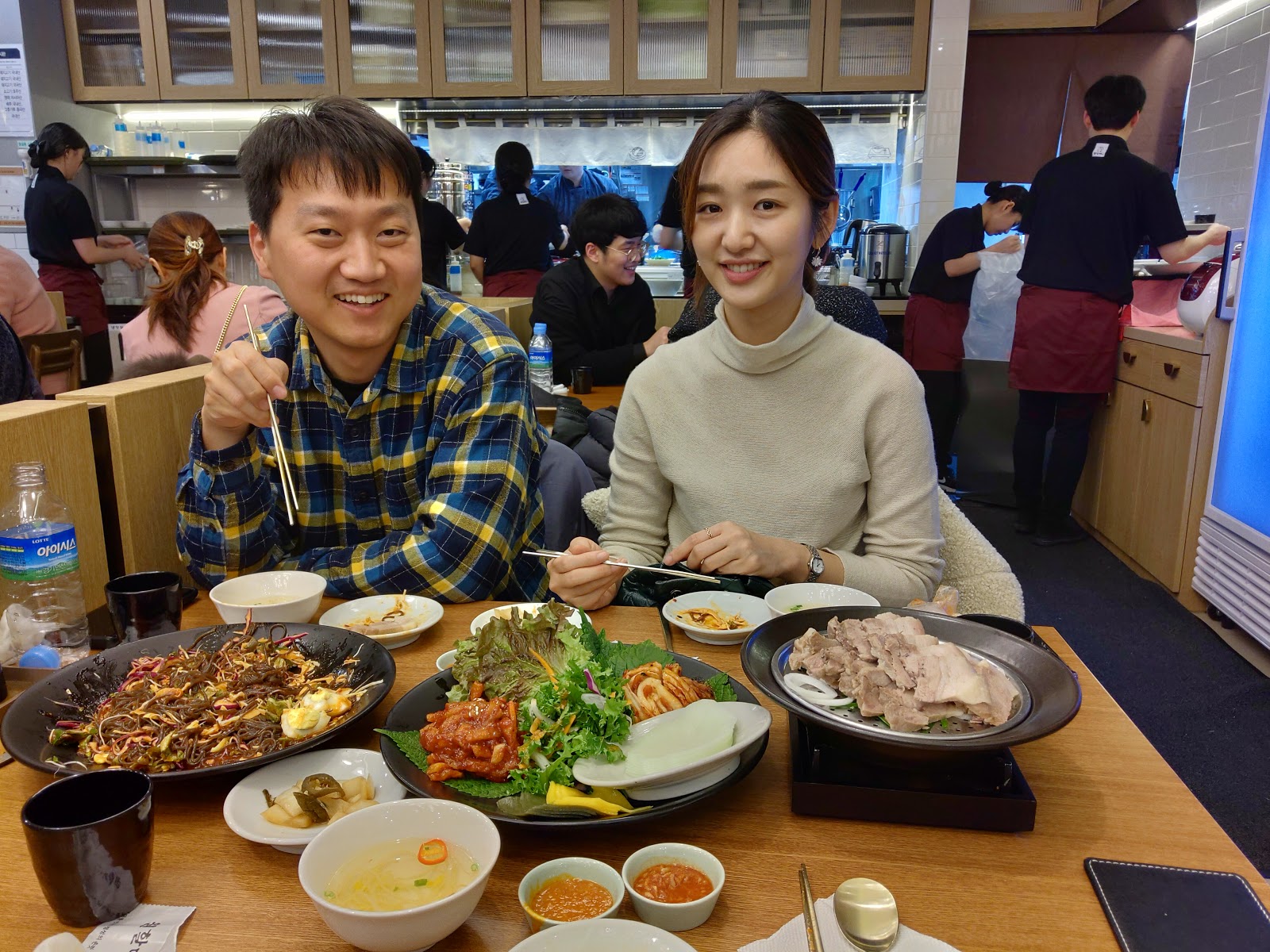 We also ordered 막걸리 makgeoli or fermented rice wine. It's my first time having it, and it is really very good. But I can't drink much and only had a bowl. 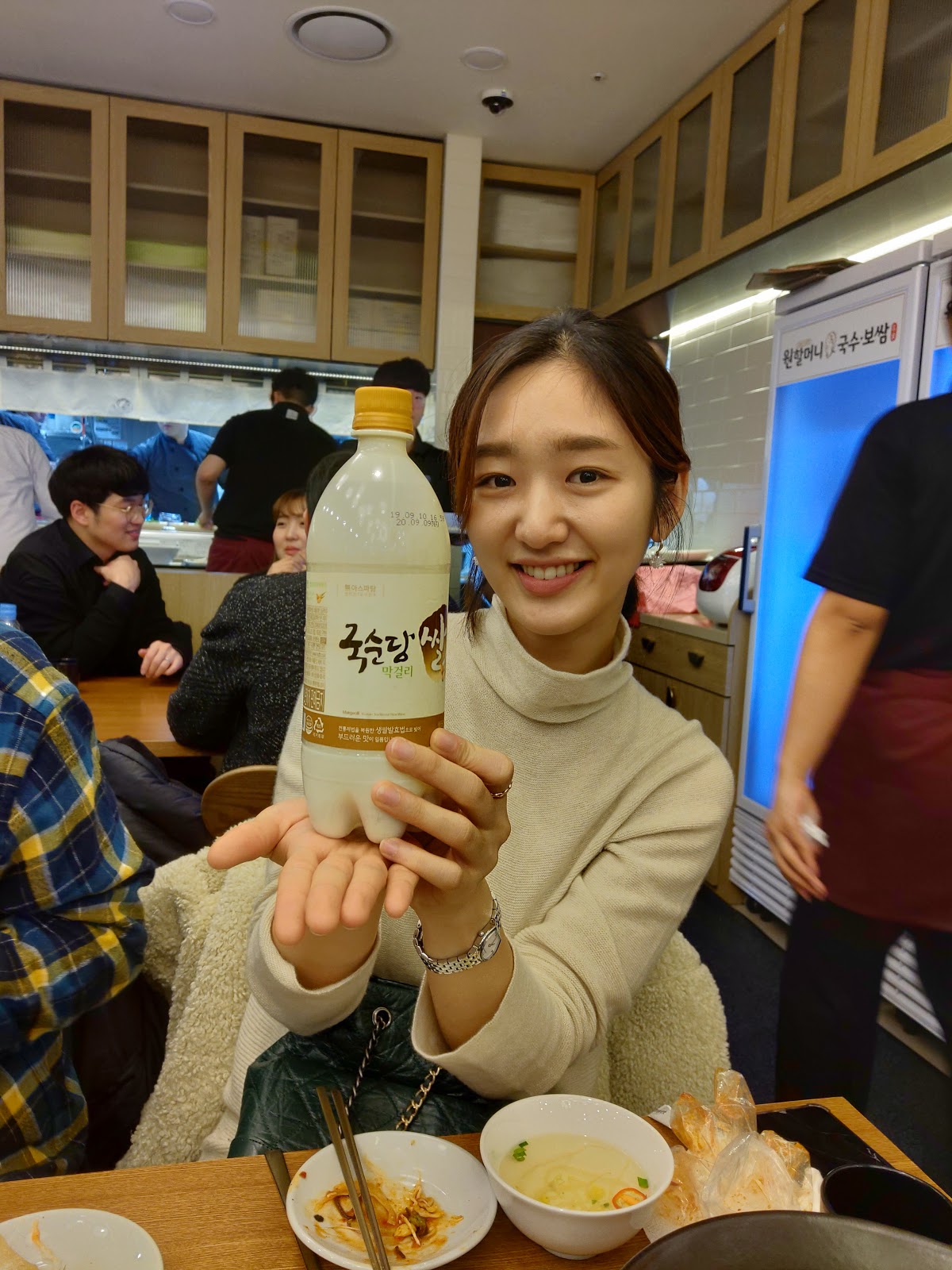 Next we lined up to go to Seoul Sky in Lotte Tower itself. 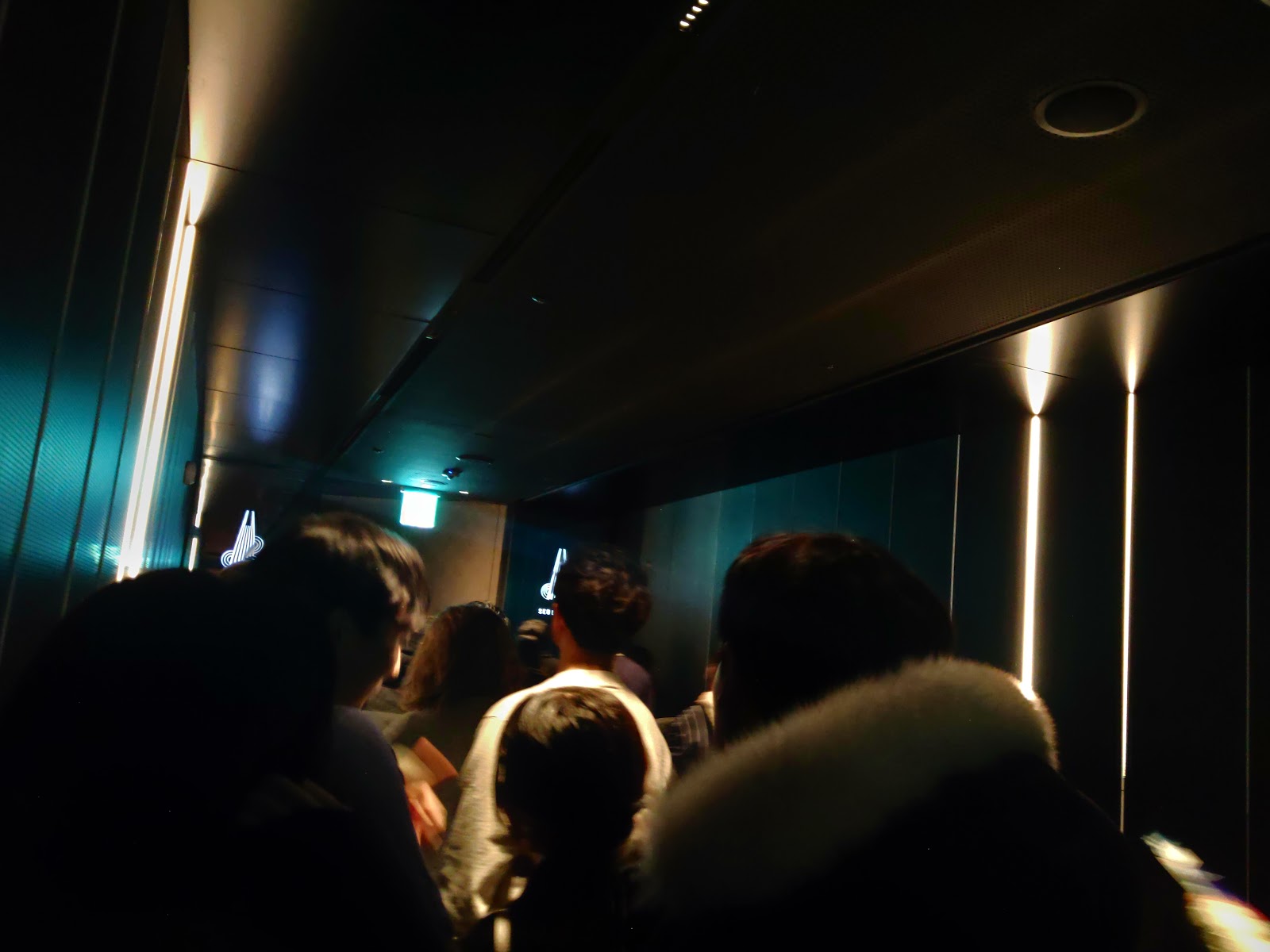 The lift took us straight up to 117th Floor in just one minute. I remember my hubby used to tell me that it's a universal standard for all lifts to take just one minute from the lowest to the highest floor. 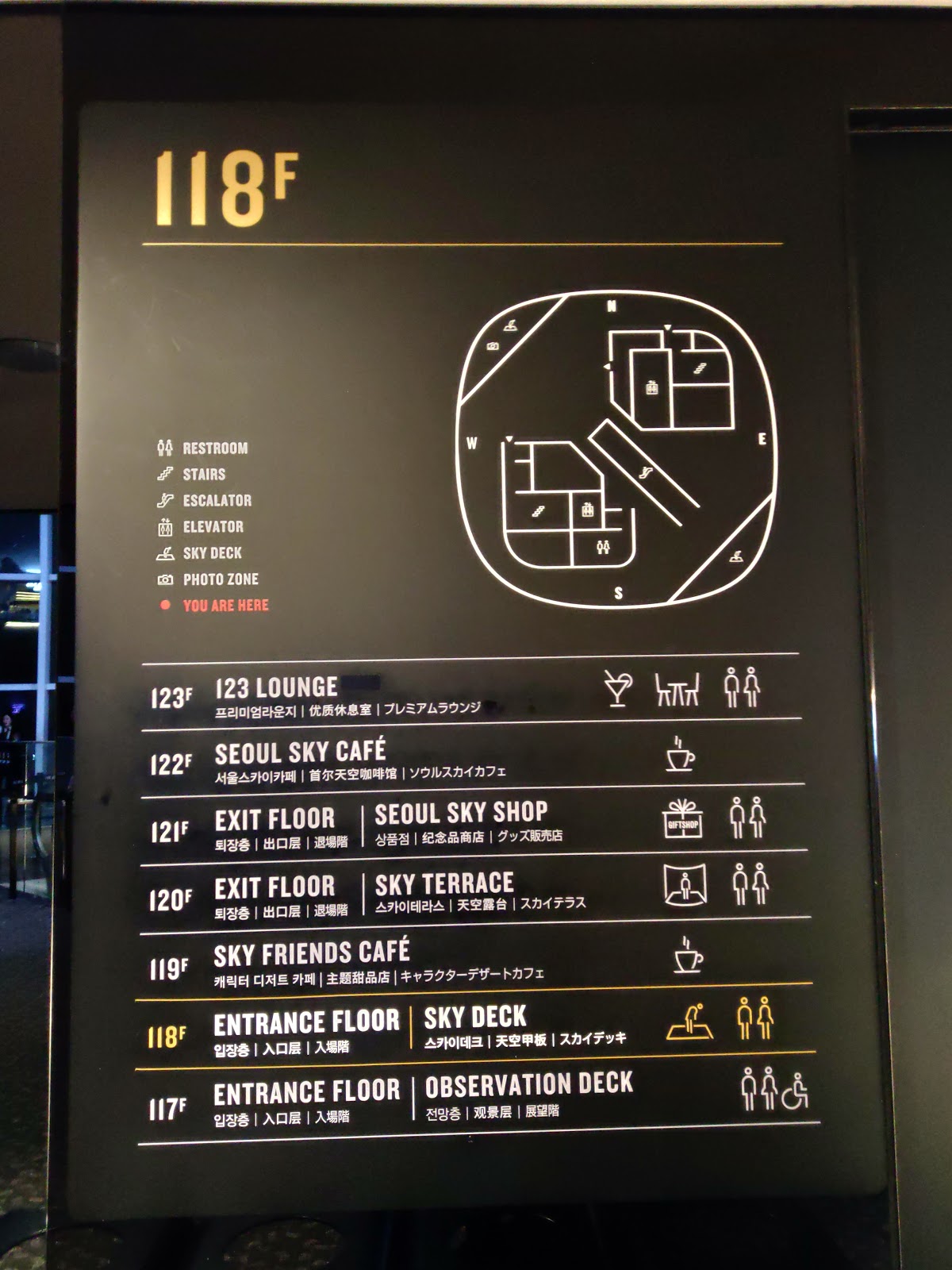 The scenery was just excellent. Too bad we weren't there earlier to watch the sunset and the sky to go from day to night. But it's still good. 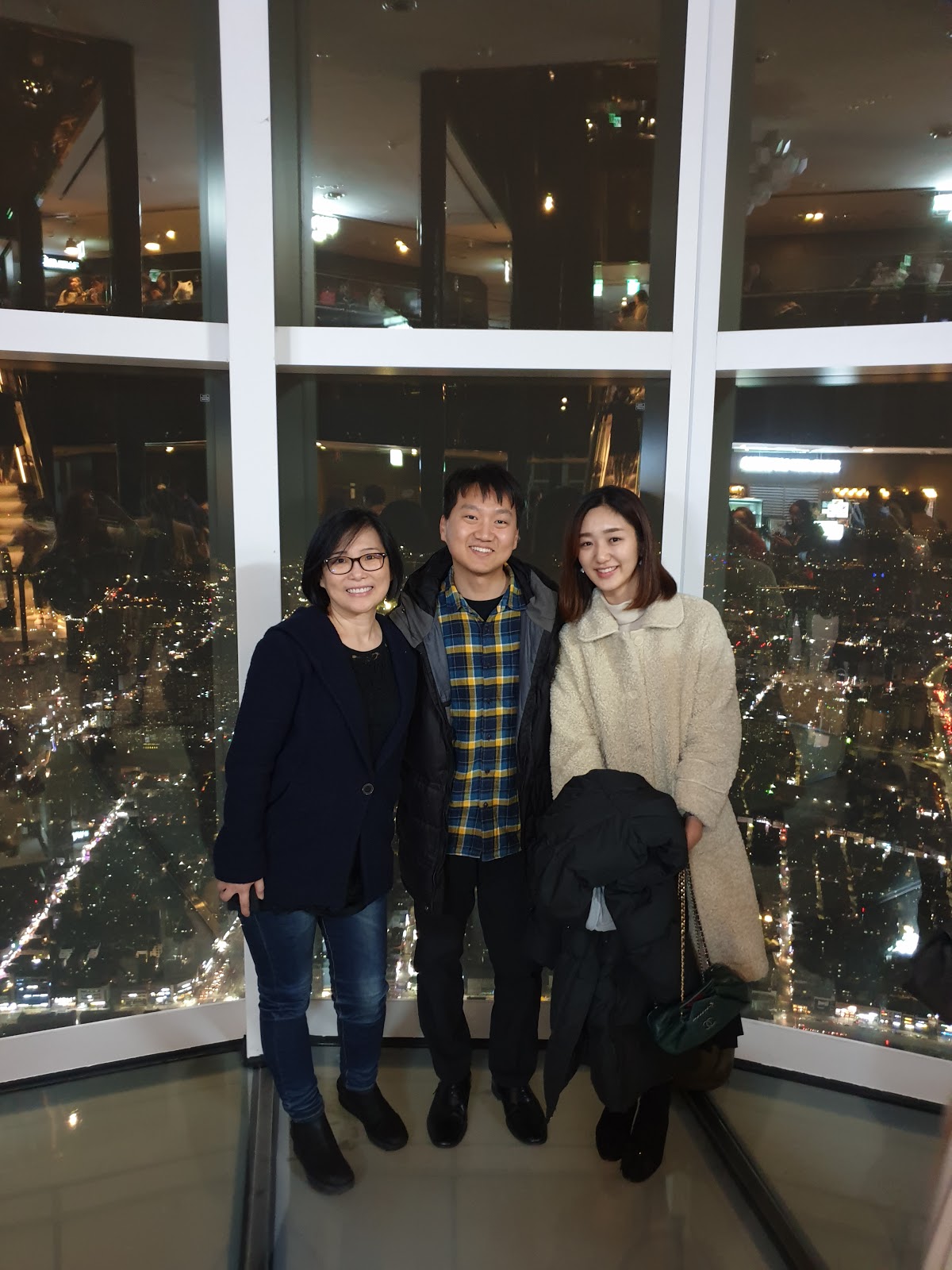 Yes, it was a good Seoul Day 1.
And I decided I will describe each day with one word and the word for today is: SKY. Both to represent flying in the skies and being in Seoul Sky in Lotte Tower.
pearlie
at December 25, 2019