After so many years of iPhones, this is a very frustrating phone to use

January 12, 2020
Some of you would know that I have always been an Apple person since I owned the iPhone 3G in 2009; followed by the 4 (2011), 4S (2012), 5S (2013) and 6S (2016).
I even became the go-to-person among my friends when they need help on Apple and iOS stuff. I don't know why but I suppose I always make myself available to help them and I'd always try to figure things out for them.
It all changed when I started to use the Razer Phone 2 and Android in 2019, when I run into so many problems I can't solve.
Maybe it's more the phone than Android.
Android is alright. I find it hard to compare between iOS and Android because one is simpler and more intuitive while the other is more accessible and practical. I don't mind using one or the other now that I have used both.
The problem I think is my phone.
I keep having problems with it. My latest problem is that I have now lost access to my Internal Storage if I use the native Files app. I can no longer move my files to my Internal Storage because I can't get to it. 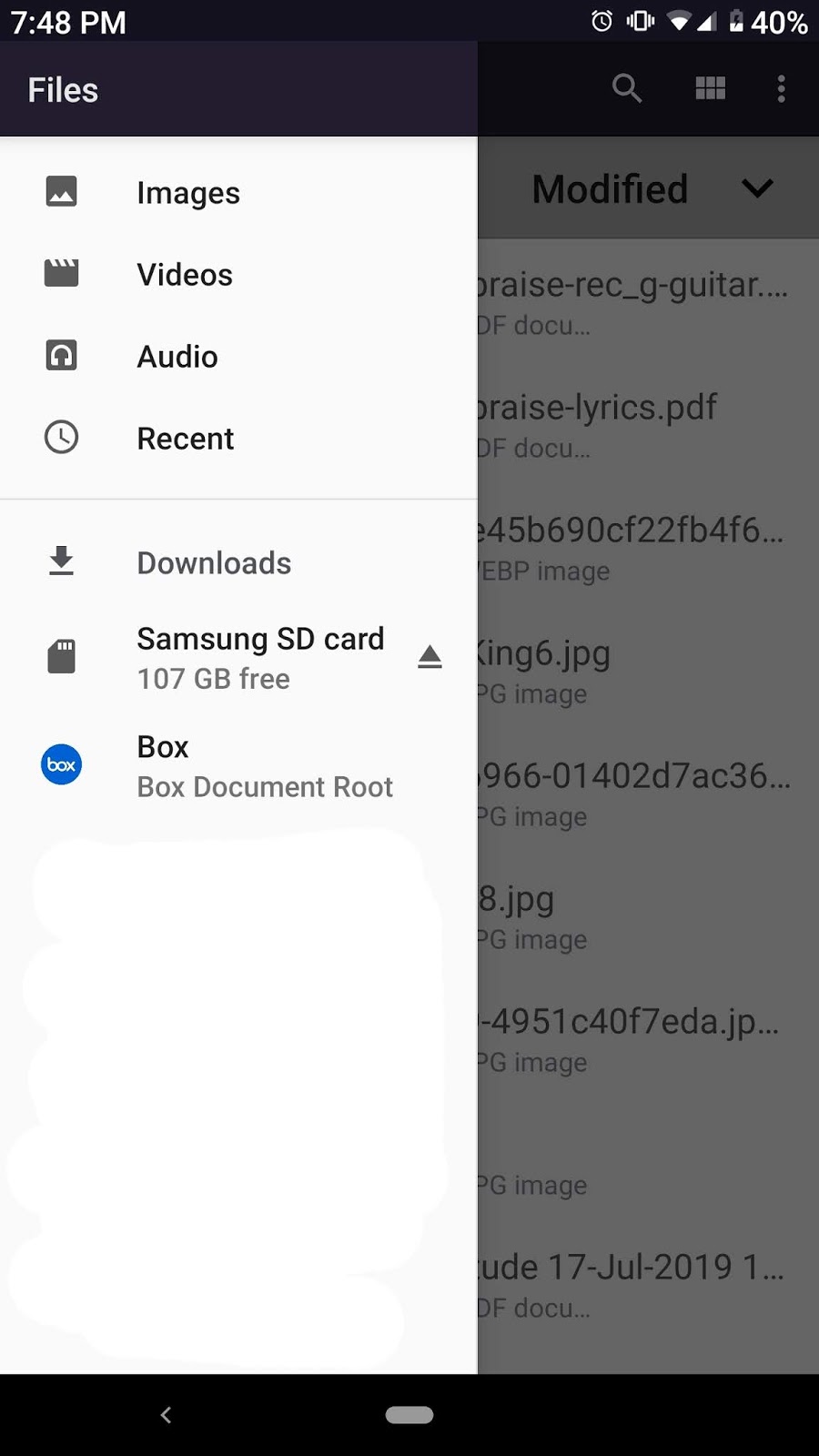 I wrote to Razer for help and I just got a reply to factory reset my phone. I don't know. I don't want to do that afraid that I will lose my stuff. I have never needed to factory reset any of my iPhones before.
So now to move my files around, and particularly my photos, I am using three, yes three, apps. Google Go as a gallery app (yup, believe it or not, the Razer Phone 2 does NOT have a native gallery app to view photos), File Manager by Xiaomi to move my files and photos around and Files by Google to easily view where all the files are.
That's too many and I'm bound to ditch one. So far File Manager by Xiaomi looks good except that all the icons and thumbnails are so small. I am sure the designers of the app are all in their 20s who do not realise some of their users would need a magnifying glass to use their app.
Let me go buy one now...
pearlie
Update: ah, I found the solution! I fixed it and in a way where the Razer people should know since it's their product! And not ask me to unnecessary factory reset my phone!!!
Android Apps Devices Grrh iPhone Phones