Play Triple Town and learn to be strategic

I don't play much games on my phone and have given up on what I was addicted to previously. I used to like games in the Candy Crush genre as well as Plants vs Zombies and Tower Defense.
But I've found this one recently which I do like and found myself spending a bit too much time on. 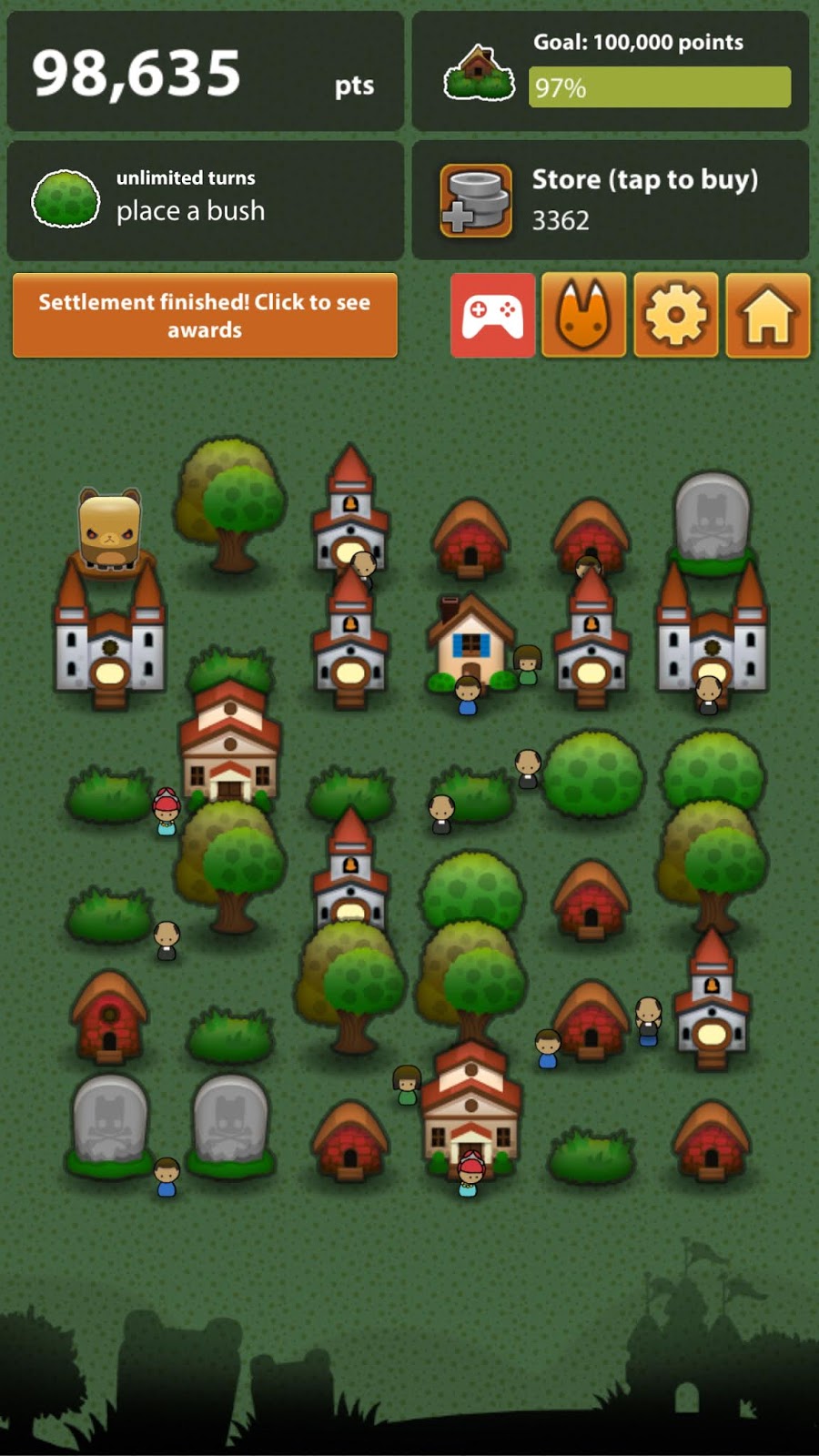 It's Triple Town and the objective of the game is build as many high level buildings as possible. It takes three small bushes to build one big bush, three big bushes to build one tree, three trees to build one red house, three red houses to build one house and so on and so forth until you get a big castle.
It's a strategic game and you need to know your moves ahead of time before planting anything.
And since I'm not very strategic myself, I wonder if this count as good training.
pearlie
at February 26, 2020