How do we love our enemies for real?

November 22, 2021
I was looking for a good devotional reading to use when I saw that I have C.S Lewis's Preparing for Easter in my library. 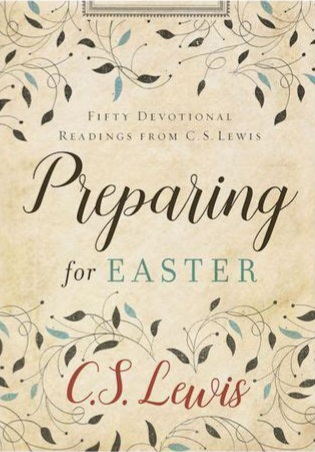 But it is still November, about 150 days to Easter. But since I am in such a need of a good devotional guide that I decided to use it anyway. So I'm doing a day's reading in three days: two days for the two Bible passages and another day on the reading. And that makes 150 days. Perfect.
And it is working well so far, which brings me to today's passage:
Matthew 5:43-48 NLT
You have heard the law that says, 'Love your neighbor' and hate your enemy. But I say, love your enemies! Pray for those who persecute you! In that way, you will be acting as true children of your Father in heaven. For he gives his sunlight to both the evil and the good, and he sends rain on the just and the unjust alike. If you love only those who love you, what reward is there for that? Even corrupt tax collectors do that much. If you are kind only to your friends, how are you different from anyone else? Even pagans do that. But you are to be perfect, even as your Father in heaven is perfect.
The thing is I had this as well in my Proverbs reading yesterday (I am following a Daily Wisdom from Proverbs reading plan from ESV.com):
Proverbs 24:17-18 NLT
Don't rejoice when your enemies fall; don't be happy when they stumble. For the LORD will be displeased with you and will turn his anger away from them.
When you get a double dose of the same thing-- it's like Jesus saying, "Truly, truly..."--and with that, I better pay very close attention.
This reminded me of this portion I just read in Brett McCracken's Uncomfortable: The Awkward and Essential Challenge of Christian Community about God's love and grace:
"There’s a gut-wrenching scene in the Korean film Secret Sunshine that captures the scandal of grace better than any film I’ve ever seen. The scene takes place in a prison, as protagonist Shin-ae (Jeon Do-yeon) goes to visit her son’s murderer in prison. Shin-ae, a new convert to Christianity, wants to forgive him. Her friends tell her she doesn’t have to see him face-to-face in order to forgive him. But she insists. She wants to see him in person and (truth be told) wants to witness the look on his face when she offers him the gift of forgiveness. And yet when she sits down to confront the prisoner on the other side of the glass, Shin-ae finds him unexpectedly happy, peaceful, even joyful. “You look better than I expected,” she tells him before explaining that the peace, love, and “new life” she’d found in God had prompted her to forgive him. She’s “so happy to feel God’s love and grace” that she wanted to spread his love by coming to visit her son’s murderer. But then the shocker: the prisoner, the killer of her son, has also come to faith in Christ. “Since I came here, I have accepted God in my heart. The Lord has reached out to this sinner,” he says. “Is that so?” replies Shin-ae, crestfallen and shaken. “It’s good you have found God,” she says, very tentatively. The convicted murderer continues: “Yes, I am so grateful. God reached out to a sinner like me. He made me kneel to repent my sins. And God has absolved me of them.” And this is where Shin-ae begins to wilt. “God . . . has forgiven your sins?” she mutters in disbelief. “Yes,” he replies. “And I have found inner peace. . . . My repentance and absolution have brought me peace. Now I start and end each day with prayer. I always pray for you, Ms. Lee. I’ll pray for you until I die.” This hits Shin-ae hard. When she leaves the prison, she collapses, overcome by the horror of an idea she had not considered: that God could beat her to the punch in forgiving her son’s killer, offering this criminal the only real absolution he needed. Unfortunately, Shin-ae can’t accept this seeming injustice. How can a law-abiding, good citizen like her and a convicted child-killer be on the same level in terms of God’s grace? She can’t take that, and abandons God because of it. The sufficiency and availability of God’s grace to all people is scandalous, and for many, a pill too hard to swallow. We’re prideful creatures. We want to believe that “right” living warrants us better standing in God’s eyes than, say, terrorists and rapists and pedophiles. We want God to reward us for being good and punish others for being bad. Our pride makes it hard for us to stomach the notion that earning or deserving are not words that exist in God’s vocabulary of grace."
This is what McCracken said as "one of the most offensive things about the cross of Christ has always been its leveling aspect, giving “insider” access to prostitutes, tax collectors, and the pariahs of society just as much as to religious and cultural elites; to Gentiles just as much as to Jews. The wretched thief on the cross didn’t and couldn’t do anything “good” to save himself, but Jesus still welcomed him into his kingdom. This is offensive."
It is a very tough thing to do, to love our enemies but that is exactly what Jesus has done for us, his enemies, and whom he calls friends when we respond to his invitation.
And with that, like what is reflected in Proverbs 24:17-18, we are not to rejoice when they fall but as in Matthew 5:43-48, we are to love them and pray for them.
And that takes a firm decision for me that I need to make and lots and lots of practice as I keep going back to God for him to teach me how to do it well.
Pearlie
Books Grace People